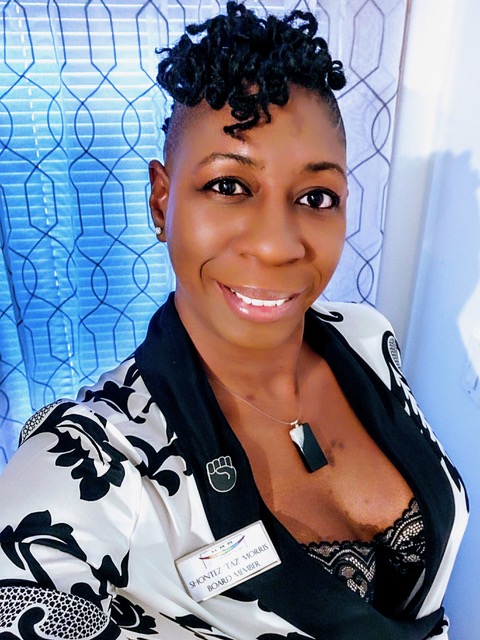 Shontez Morris (lovingly know as Taz)is a NM based artist from Brooklyn NY who specializes in epitomizing the divine spiritual and sensual aspects of Black women.  Her mediums include acrylic on canvas, pencil sketches, 3D paintings and mannequin sculptures that straddle the borders of racial stigmas, sensuality, sensuality, cosmic energy and strength which opens the gateway to a more defined perception of how the world is viewed through the ever evolving spiritual journey of a Black woman in America.

From Emporia, Virginia originally, Brandi moved to Santa Fe, NM in August 1997. A believer of giving back to the community, Brandi has been involved with many nonprofit organizations in the Santa Fe area. In her spare time (when not busy planning events), Brandi enjoys working out at Orange Theory Fitness, going on hikes, playing golf, and just hanging out with friends over great food wine and conversation.

Brandi is currently the Secretary for HRA/Santa Fe PRIDE, a role in which she has held for several years.

“I love Santa Fe, the people, the culture, the community and most of all – my friends and family here. They have made me the person that I am today.”

Happy PRIDE Santa Fe and beyond! 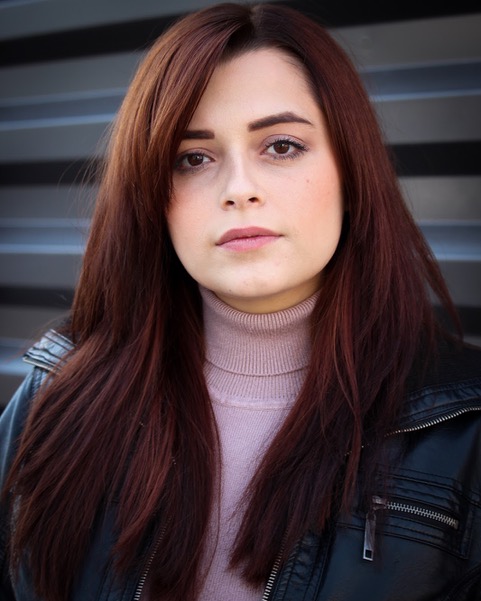 Leah Leyva is a singer/ songwriter and actor/ director based out of Abq, NM. Her greatest passion is combining loves of her life, music, art, and film, to make her visions a reality.

(This location is NOT open to the public, but can be visited by patients only) 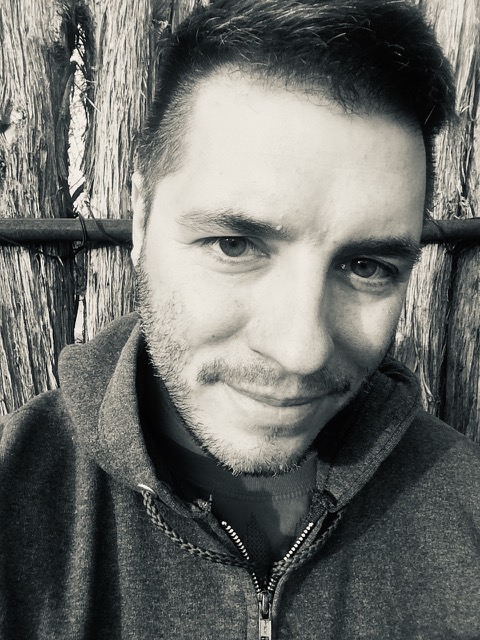 Working in acrylic, watercolor pencil, and ink, my paintings, and drawings are inspired by the human experience, nature, and music. I am fascinated by storytelling and depicting a narrative that guides viewers to their own interpretations. My work is illustrative in its use of bold lines and vibrant colors. My inspirations include Paul Cadmus, Tamara de Lempicka, Frida Kahlo, Francis Bacon, and Pablo Picasso.
Nearly all of my work is influenced by and titled after songs. My process includes immersing myself in music and lyrics to tell a story. I build playlists that support the desired mood of the artwork that I am creating.

They find strength in the face of opposition.
They speak out even if no one is listening or believes them.
They are committed to their truth.
They balance humility and pride.
They choose their battles wisely.
They have a sense of humor.
They acknowledge their fears.
They are brave and determined.
They have fabulous talents.

They will not be erased. 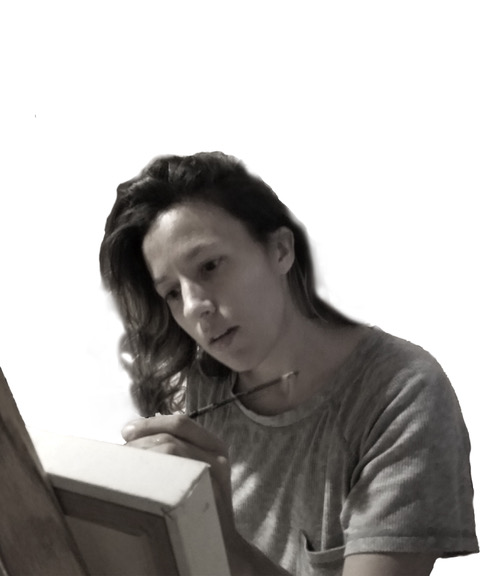 Working in acrylics, Laura works in a photo-realistic style to capture, illuminate and explore the human and animal experience. Her goal is to create subtly different perspectives of beings in the hopes of adding empathy for others and animals, and self-reflection on an individual and collective level. Originally from Los Angeles, she studied Fine Art at San Francisco State University and Cal State San Marcos and studied painting, sculpture and fresco creation in Florence, Italy before moving to Santa Fe. She is a nature and animal lover and is usually accompanied by her Seal-Hippo-Weasel-Piglet-Gremlin-Bear (aka French Bulldog) Charlie, and the sweetest Golden Retriever-Old Man-Wolf-Dog, Clark. 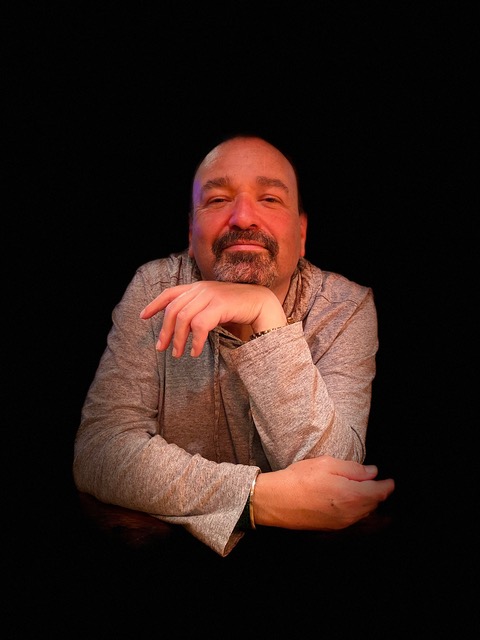 This Mannequin is Sponsored by:

Alvin Gill-Tapia creates a poem by painting hallowed places and sacred spaces in New Mexico. Each piece pays homage to the land nestled beneath the Sangre de Cristo Mountains that four generations of his family helped cultivate. Gill-Tapia paints with a devoted intention to honor the historical and significant structures that define the enchanting landscape of the Southwest. Studying for four years with weaver/painter Maud Henon in Belgium, during his formative years opened up a myriad of experiences for Gill-Tapia. The experience allowed him the opportunity to immerse himself in the art and culture offered in the cities of Brussels, Amsterdam, and Paris.

Henon’s consistent tutelage and encouragement helped to plant him firmly on his life path as an artist. Her influence as a weaver laid the groundwork for the abstraction and understanding of color blocking that is evidenced in Gill-Tapia’s current body of work. Following his study with Henon, Gill-Tapia spent ten years in New York, where he took classes in painting, drawing, and anatomy at The Art Student’s League of New York, The New York Academy, and the National Academy of Art. A decade of study and exhibition in New York solidified his desire to return home to paint the sacred places in New Mexico that continue to inspire.

Today, Gill-Tapia lives in a home built by his family and paints every day in a small studio tucked safely under the symbolic arms of the mountains that sheltered his ancestors, so many generations before him. Gill-Tapia’s process often includes a simplification or reduction of architecture to highlight the main elements. This minimalization is a direct reflection of a balanced and quiet life lived in Santa Fe, a place that seems to remain unaffected by the fast pace of life around us. Gill-Tapia empowers an ambassadorial affection to the buildings that for many years have provided a multiplicity of functions for the communities they have served. Beyond their initial spiritual intentions, these buildings provide the local residents a place for coming together as a community. His sense of color represents the intensity of color inherent to New Mexico. 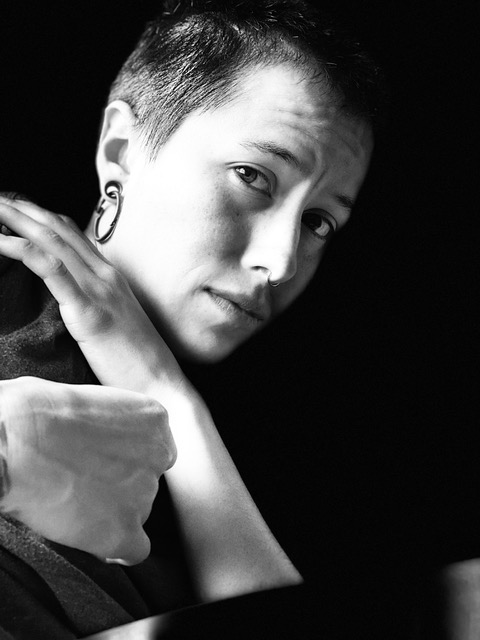 This Mannequin is Sponsored by:

Sophia Torres was born in the small, forest-adjacent town of Cordova, New Mexico. Her craft is one influenced heavily by her childhood: she focuses on ceramic dolls. As a young child, she preferred playing with self-made clay figures rather than store-bought trinkets. The detailed toys and figurines on display in this exhibition encompass both her youth and her adulthood; an element of playful whimsy juxtaposes with an eerie expressiveness. Showcasing deeply visceral imagery, the art that Sophia Torres creates is intent on capturing the fundamental human truths that tend to hold people back: anger, fear, sadness. By shrinking these larger-than-life feelings into objects that fit into a palm, she illustrates their immateriality. Her work strives towards understanding, meditativeness, and nostalgia. One sculpture series, Mean Muggin’, portrays haunting visages on a wheel-thrown cup. An evolution of this series, Noods, depicts similar faces but with added bodily features. They are created using hand-building techniques. Finally, the lesser-known but most intricate and detailed of Sophia’s creations are the Demonios Internos: inner demons. These dolls are articulated using the same stringing techniques as antique Japanese Ichimatsu Gofun dolls.

While ceramics are certainly her focus, she stresses the importance of being well-rounded as an artist and creator. Her work with metal, prints, painting, woodworking, and other art forms have heavily informed the sculptural niche she currently occupies. Moving forward, Torres hopes to show that dolls are more than just untouchable antiques; they can be breathtaking vessels of expression and emotion. 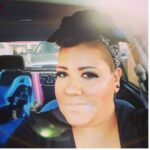 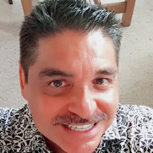 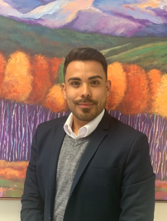 Dominick Armijo, RN is the Manager of the Clinician Directed Performance Improvement Initiative and for the past 18 months has been the Frost 19 Containment Unit Manager (AKA COVID 19 Unit). Dominick has been with the hospital for 13 years as a nurse. Dominick has a background as a floral designer and spends his spare time designing amazing floral arrangements for events.

Jesus Rios Alderete is the Language Access Services Coordinator has been working at CHRISTUS St. Vincent since 2015. Jesus shares a passion for our Limited English Proficiency (LEP), Deaf, and Hard of Hearing patients and provides a wide array of interpretation resources for these populations. He has extensive operational experience; successfully incorporating best practices for the LEP and Deaf communities that result in a quality of service that improves patient experience, employee satisfaction, and efficiency. 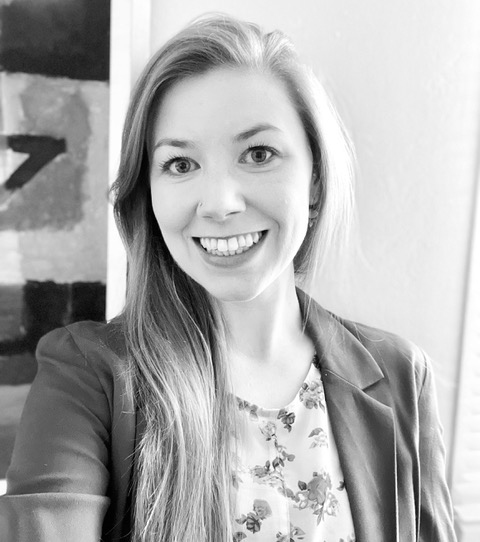 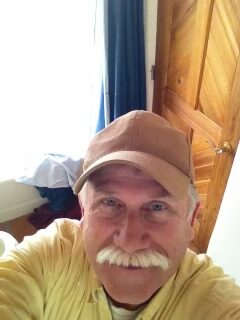 Originally from Warwick, NY, Hannah moved to Santa Fe, NM in the summer of 2019. She is currently enrolled at Southwest Acupuncture College in Santa Fe, where she is training to become a Doctor of Oriental Medicine.

She enjoys botanical illustration and hiking in her free time, as well as exploring new places with her partner, Domenic, and their intrepid canine companion, Gnocchi.

Jonathan moved to Santa Fe in 1981. During his time on Santa Fe he has worked in a variety of positions and jobs. He’s created visuals for the store Suzette in La Fonda,  styled interiors of private homes and done visual merchandising for many Santa Fe outlets. He  opened his own shop – JPFabricman. 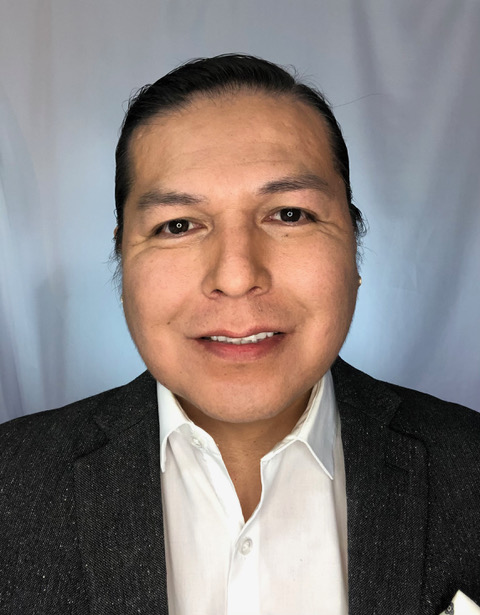 This Mannequin is Sponsored By:
The Plaza Cafe
Bid Now!

Orlando Dugi (pronounced dew-guy) is currently living and working in Santa Fe, NM. Originally from Grey Mountain, AZ, on the Navajo Nation. Dugi learned to bead at the age of 6 and learned how to sew in a home economics class in 7th grade.

Dugi’s designs are feminine, timeless, and highly embellished with many hours of hand-sewing and hand-beading and are only available by custom order or off the runway.

This mannequin is wearing a beautiful hand made dress – The title of the dress is “Aszdáá Béésh Łigaii (Silver Woman).” She’s wearing hand-beaded and hand-sewn silk mask because she’ll be in public for Pride and NM requires masks. Made of mirrored silver vinyl and lined in cotton. This dress is inspired by silver pomegranate blossoms made by southwest silversmiths. Bust 33″- Waist 27.5- Hips 34″- Mid-thigh 32″

Andrea Isabel Vargas merges aspects of abstract impressionism with a contemporary purpose. Signature work includes life-size drawings rife with energy, dynamic compositions, and bold mark-making. Also distinct to her artistic process is the vision of the work— narratives with intrinsic symbols that revere nature and the elements.

Vargas lives in Santa Fe, New Mexico but was raised along the California coast. After she received her Bachelor of Arts from the University of California at Berkeley in the area of pre-law, she began to travel between desert landscapes and coastal cities. Since then, she continues to produce artwork and installations that focus on ecological relationships, light, nature, and aspects of transformation.

Artist Andrea Vargas designed a magical hand-painted silk scarf for her mannequin titled —  “Spirit Sparkles.  The flecks of copper and gold within the palette of firework colors were inspired by Katty Perry’s 2021 presidential inauguration performance.  Her lyrics, “Ignite the light and let it shine like the 4th of July….cause baby you’re a firework, come on show um what you’re worth ….. as you shoot across the sky.”  The scarf and the mannequin in combination really do sparkle with bursts of color.

YOU CAN SEE THE MAKING OF “Spirit Sparkles” @keep_families_together 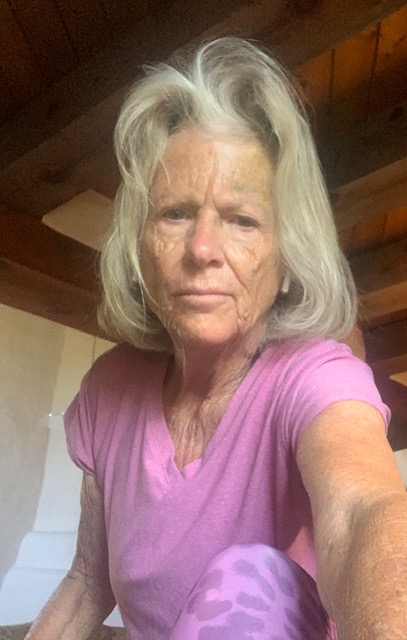 Eslee has studied at the Art Institute of Chicago, Evanston Art Center, Colombia College and has Keenan inconsistent artist since the age of seven – first drawing landscapes and mostly trees.
Eslee has worked with figurative imagery in clay, paper, graphite, charcoal, paint and now mannequin art.

This piece was done over a two year period, collecting fallen orchid petals. It is a homage to the strength of women everywhere who claim their freedom of choice; and the fragile beauty of our lives amidst the changing seasons of age.